Starting a new diet is among the most common of New Year’s resolutions; it’s also a good time for writers to consider a diet of new words.

This occurred to me while reading a recent newspaper piece by a nationally syndicated columnist. I was struck by his use of the phrase needless to say to introduce a sentence that, well, did not need to be said.

I won’t pick on the writer by name, since we’re all guilty at times of compositional misdemeanors—empty clichés, clumsy repetition, rhetorical fluff—all, the written equivalent of ‘um’ in speaking. Editors are supposed to discharge these offenses, but the proliferation and speed of digital media have crushed the editorial speed bumps that traditionally delivered more polished prose to the masses. 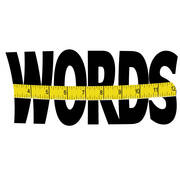 In writing, as with eating, quantity is only half the battle. We associate the word dieting with eating less to lose weight, but our diet is whatever we eat. The quality, variety and combination of individual foods are crucial aspects of diet, and the same applies to words. Just as being skinny does not guarantee physical health, brevity does not ensure healthy discourse. Consider the growing number of public apologies for ill-advised tweets, which are limited to 140 characters. Some of the shortest phrases ever uttered are among the least well-tolerated by recipients. Exhibit A: F*** you!

Revving up the horsepower of the words and phrases we use is as important as pruning unnecessary ones. The choices are nearly endless. The Global Language Monitor, a company in Austin, Texas, that tracks words and phrases online using “big data” algorithms, estimates that someone creates a new English word every 98 minutes, or about 14.7 per day. (Mea culpa: my personal goal is two per month. See Coins.)

By GLM’s reckoning, the English language passed the 1 million-word mark on June 10, 2009, and reached an estimated 1,025,109.8 words on January 1, 2014. That is more than three times the 300,000+ words in the Oxford English Dictionary, and depending on whose estimate you believe, between 14 and 50 times the size of an adult’s passive vocabulary (words understood but not necessarily used).

British linguist David Crystal thinks that highly educated people recognize about 75,000 words. He believes most people know about 50,000 words and that those without college education know at least 35,000. The researchers who designed the website TestYourVocab.com report that among more than 2 million native English speakers who have taken their test, the range is between 20,000 and 35,000 words.

Active vocabulary is even harder to estimate, but everyone agrees that people use a fraction of the words they know. Crystal scoffs at sensational claims that teenagers use only 800 words in daily communication. He thinks most people, over time, use about half to two-thirds of their passive vocabulary. That unused third could be as many as 25,000 words. With such an enormous pool to draw from, why do we bother with what is needless to say? Apparently, most of us pay as little attention to what comes out of our mouths as to what goes in.

Worried that my reaction to needless to say might be overblown, I Googled the exact phrase (typed with quotation marks). It returned 20,100,000 results. The top results were language websites discouraging its use. However, it is also the name of a band. Next, I Googled “when all is said and done” and got 38,600,000 results. Of course, that is also the title of an Abba song. Then, I tried “at the end of the day,” which yielded 65 million results—boosted no doubt by it being a song from the Les Misérables soundtrack.

Hmm, whatever their linguistic value, clichés seem to be laughing all the way to the bank.

My editors usually complain that I write “long,” so in the spirit of my resolution I’ll wrap up this post now. After all, needless to say, at the end of the day, when all is said and done, a great deal more is always said than done.