People of a certain stripe like to call themselves “real Americans.” By implication, anyone who doesn’t share their ideology is not.

Counting people as second-class citizens for their thoughts—political viewpoint, religious tradition, sexual orientation—is bad enough, but some “real Americans” try to elevate themselves by demoting others based on their race, skin color or ethnicity.

Everyone can keep their thoughts to themselves, if they choose, but ethnicity is often visually apparent. That makes it easy to target people who look a certain way as scapegoats for whatever problems are in vogue. Recent arrivals always bear the brunt.

Our immigrant nation has a long history of immigrant bashing. Between 1850 and 1906, Catholics increased from five percent of the total U.S. population to 17 percent. Opponents warned that “Catholic hordes” would place allegiance to Rome ahead of their new country and destroy the culture.

By 1938, Father Charles Coughlin, a Canadian priest who moved to Detroit and became a U.S. citizen, openly preached antisemitism to tens of millions of radio listeners. He lumped all Jews with communists, defended Nazi persecution of Jews and fomented a domestic militia to harass them here.

These days, we have a president who uses political rhetoric to conflate all Mexicans with rapists and drug dealers. He treats all Muslims as potential terrorists. He paints a broad swath of hopeful immigrants from “shithole” countries as undesirable and unwelcome.

Instead of the difficult, nuanced public policy debates required to achieve needed immigration reform, we get bluster and bumper-sticker messages: “Build the Wall” and “We’re Closed.”

Memorial Day Quiz: How Many Ethnic Minorities Died in Service?

Memorial Day is a good time to consider that while some besmirch whole groups in our nation, individuals from those groups give their lives for it while in uniform. I wondered how many. Unfortunately, federal reports spread ethnicity figures across numerous tables, broken out by each war or military operation.

In 1977, the Office of Management and Budget established standards for race and ethnicity in federal statistics, but ethnicity figures for military deaths seem to be available starting with Operation Enduring Freedom (the Global War of Terror) in 2001.

I consolidated the figures from five tables into one to create an overall picture of military deaths by ethnicity. 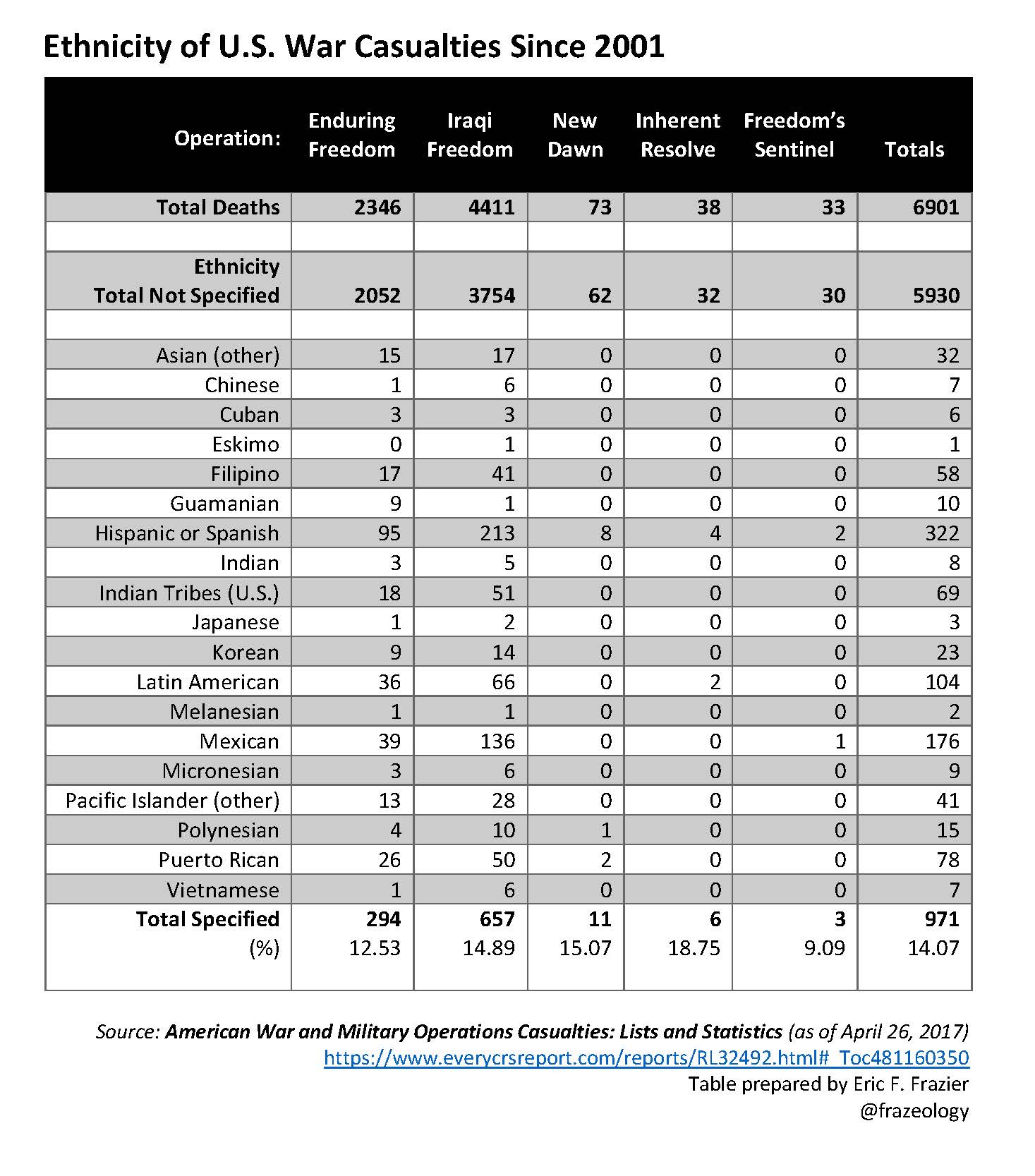 Because Memorial Day commemorates all who died while in active service, I’ve used total deaths, rather than hostile deaths. The number of deaths due to accident, illness, injury, homicide and suicide surprised me, but that is another story.

It is important to note that the figures for specific ethnic groups probably under-represent their true numbers. For simplicity, I aggregated several categories the government lists as “none,” “other,” and “unknown” in my “not specified” totals. Separate categories for race suggest that the large numbers counted as “none” are primarily white, black and other individuals who did not claim an ethnicity.

Overall, the figures show that since 2001, about 14 percent of America’s military deaths were reported to be ethnic minorities. Large portions were of Hispanic, Mexican, Latin American or Puerto Rican origin.

Our military welcomed these ethnic minorities. They served the country and died while doing so.

We remember them on Memorial Day. Let’s not forget them or their surviving families on other days, when bigots aim scurrilous attacks at the groups to which they belonged. 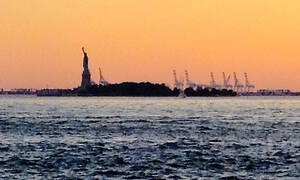 The Statue and Status of Liberty: Under Duress