Chinese culture values harmony, so their Communist leaders extol it above all else. Maintaining harmony among a billion and half people is a full-time job—a totalitarian one that now relies on mass surveillance.

Five years ago, I opined about the 1989 Tiananmen Square massacre and the regime’s efforts to censor it from memory. It’s a massive, probably impossible, task, as anyone who has tried to forget a horrible event can attest. That’s because the suppressive effort itself keeps thoughts alive. Deeply suppressed thoughts tend to become ghosts that haunt at an unconscious level.

Beyond internet censorship, the Chinese Communist Party is pushing the boundaries of technology for societal control. New tools strengthen the party’s ability to monitor citizens and control information, movement, commerce, expression and thought.

WeChat, a Chinese messaging app that includes banking, payments, games and other built-in mini-apps, has over a billion monthly users. It’s owner, Tencent, is listed on the Hong Kong stock exchange. Weibo (NASDAQ-listed), a microblogging social media platform, has 465 million users. Like other companies under Communist capitalism, their data is the government’s data.

Imagine that government ideologues harnessed the detailed personal information that companies like Apple, Facebook and Google gather to sell advertising and created a “social credit score,” like a politicized FICO score. Welcome to China, where it’s 1984 in 2019.

China has installed nearly 200 million mass surveillance cameras linked to AI facial recognition programs. Reports estimate the goal is 2.76 billion cameras by 2022. The one-child policy for couples has morphed into the two-camera policy for individuals.

China is using mass surveillance algorithms to profile Chinese citizens along religious, ethnic and political lines. Ground zero in this quest is Xinjiang, a western province filled with Uighurs and other Muslims ethnic groups. The system functions as a virtual fence for those who have not been placed in re-education camps, believed to hold more than a million detainees. Welcome to China, where it’s 1964 in 2019.

It’s hard to gauge whether most Chinese people are OK with all of this or even aware. One thing they will not be doing is voting the bums out at the next election. President Xi Jinping last year engineered constitutional changes that removed term limits, making him president for life, and editing “Xi Jinping Thought” into the document.

That makes him by most accounts the most powerful man in the world. It’s an extraordinary amount of power for one man and for one party. Who do they blame when they screw up?

I think that gets at the obsession with control. Undivided authority leaves dictatorial regimes nowhere to hide. Dissent cannot be tolerated when blame cannot be diverted. Hence, the ghosts of Tiananmen haunt a regime that has resolved never to allow public protests to arise again.

In the West, a photo known as “Tank Man” became the iconic image of the Tiananmen incident. A lone protester on foot blocked a line of tanks—until he was muscled away and never seen again. The image appeals to the rugged individualism our culture emphasizes. But it does not reflect why the regime is obsessed with mass surveillance. 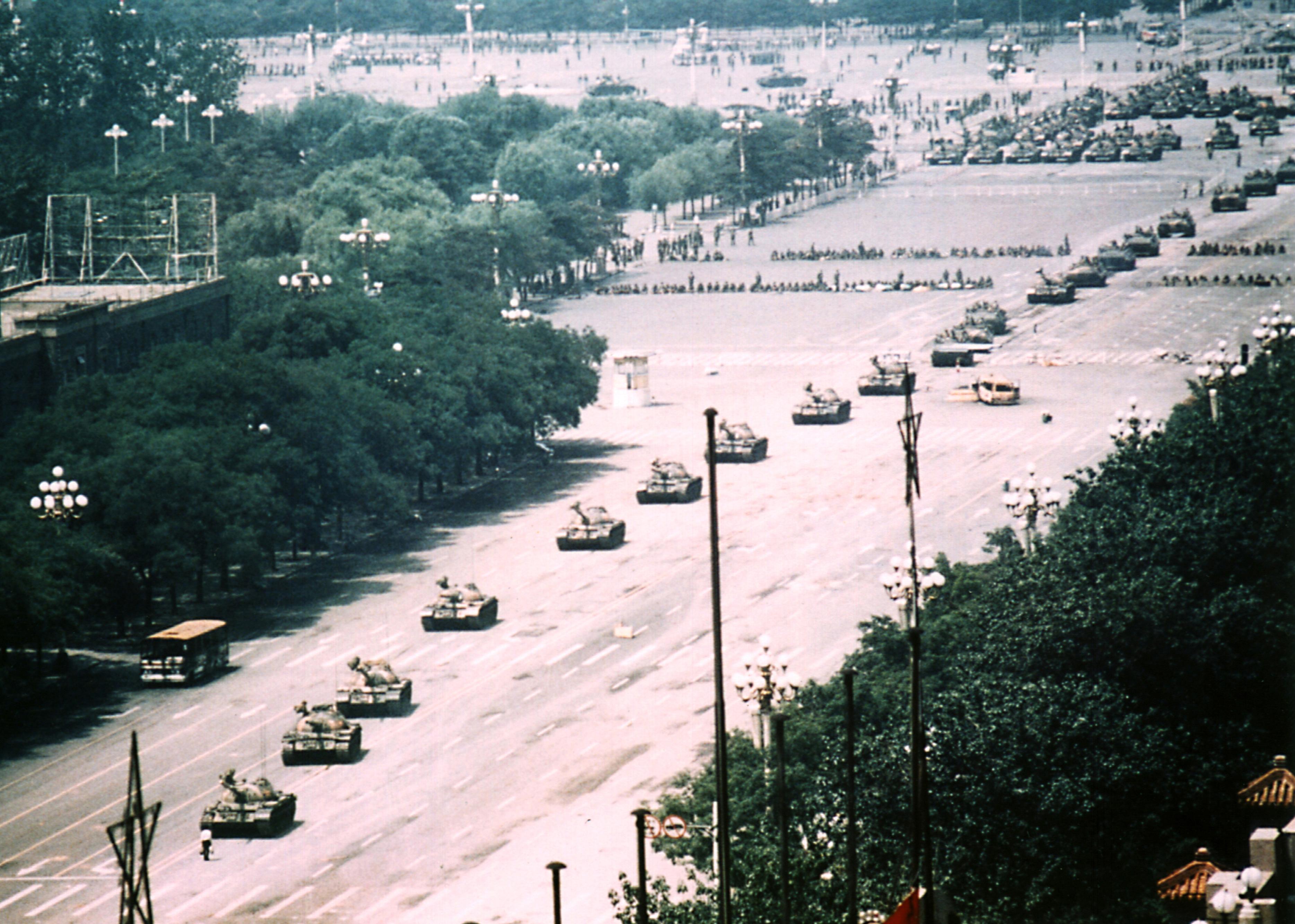 In contrast, a different photo of Tiananmen Square captures what keeps Communist Party rulers obsessed with control through mass surveillance. 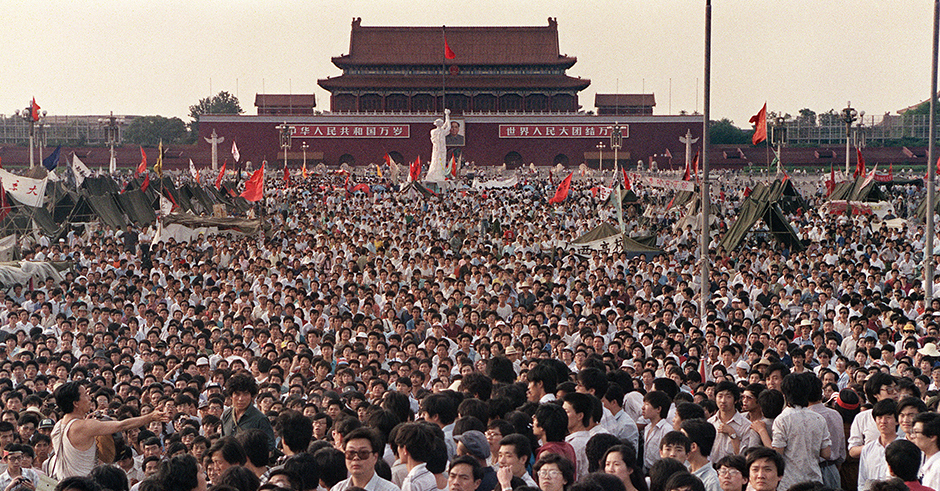 Authorities can write off a lone protester as a misfit. A multitude of like-minded protesters occupying the central square for days is not just a threat to harmony—they represent the power to change the tune.

Chinese readers may never see these words, but Westerners should heed the lessons of Tiananmen and its aftermath. Coerced harmony can look stable on the surface for a long time. Eventually, it produces a brittle society, more apt to break than bend, like a pressure cooker without a release valve.

Democracies rely on free expression, equitable representation and responsive public policies to keep the pot from boiling over or exploding. Our roiling, often cacophonous, multi-part harmonies have served us well. However, in the United States and nations throughout what we long called the free world, many are willfully forgetting history, even without censors.

Roger Cohen, an opinion columnist for The New York Times, put it succinctly:

“The specters of nationalism and xenophobia have stirred. It’s time to recall that the quest for homogeneous societies led the 20th century to its most unspeakable horrors.”

Whether through censorship or willful amnesia, we lose the lessons of history at our peril.