Donald J. Trump, president of the U.S. Electoral College and founder of Trump University (officially defunct but now reaching millions more pupils through Twitter, a cable news network and a daily reality show), is not happy.

Since 2007, 15 states, plus the District of Columbia, have signed the NPV compact. It now sits under our electoral system like a ticking bomb. Detonation will occur when enough states to control 270 Electoral College votes have joined. Then, they will award all of their electoral votes to the presidential candidate who gets the most votes nationally, even if she does not carry their state. Oregon is the fourth this year to join the compact, surpassing 2008, when three states bolted.

A Threat to Trump?

You might not have noticed Trump’s ire about this issue, since “not happy” seems to be his default mood. It’s a puzzlement, given that he achieved millionaire status at age 3 and boasts constantly of superior talents and achievements. He nevertheless complains unceasingly that everyone is unfair to him. Childhood development experts theorize that his brain’s vision circuitry could not distinguish the words “winner” and “whiner,” making them interchangeable.

Trump should be concerned about these wayward states. They collectively control 196 Electoral College votes—just 74 fewer than the number needed to trigger the compact. More ominously, at least one legislative chamber in eight other states has passed the bill. Those states’ electoral votes total 75. And while one of those states, Maine (with four votes), just killed the bill for this election cycle, the bill is working its way through committee in other states.

One can imagine advisors trying to raise the NPV threat to their boss. Trump, who had voiced anti-vaxxer sentiments until recent measles outbreaks, surely asked why he couldn’t issue an executive order mandating that people get shots to halt the spread. Alas, health experts agree that no known pharmaceutical agent cures NPV susceptibility. A majority of Americans appears predisposed to believe that every vote should count equally for our only nationwide offices.

An April Gallup poll found that 55 percent of U.S. adults favor amending the Constitution to use the popular vote, rather than the Electoral College. Only 45 percent favored the easier route offered by the NPV interstate compact. It’s unclear whether this is a quirk of the poll wording or proof that Americans just love hard work.

The name Electoral College does not appear in the Constitution. But it has been debated since the founders agreed to use “electors” to choose the president and vice president after 13 separate state elections. So-called originalists treat the Constitution and Federalist Papers like holy scripture. Our founders were visionary but did not claim to be prophets. That’s why they spelled out how to amend their work.

Who in 1787 could have foreseen that:

That last point may be most important.

The Electoral College was a compromise. Our founders sought to assuage smaller states and those with nonvoting slaves fearful of domination by larger ones with more voters. Presidential elections blend the methods used for the population-based House and the state-based Senate.

Today’s urbanization amplifies the tension between representation based on land boundaries vs. population. Wyoming, the least populous state, gets three electoral votes. Each one represents about 192,500 people. California, the most populous, gets 55, but each elector represents about 719,000 people. That gives every Wyoming voter 3.73 times the power of a California voter in presidential elections.

Electoral College proponents warn that rural voters will become “serfs” if the NPV compact takes effect. Really? Only the president stands between rural voters and serfdom? Have these folks checked the U.S. Senate lately? Our 22 least populous states have roughly the population of California, but they have 44 Senators, while California has two.

They never discussed the “winner-take-all” formula now used by 48 states. (Maine and Nebraska use the more proportional Congressional District Method, which can split electoral votes). It’s doubtful the founders would support the Reapportionment Act of 1929, which capped the House at 435 seats. It ensures growing disparity in the number each Congressional district represents and skews the formula used for the Electoral College. Computer-aided gerrymandering and myriad voter suppression efforts further distort representation.

Winner-take-all is the force behind those red and blue maps that dominate TV coverage of elections. Overly simplistic graphics have warped the way Americans view politics.

Imagine two candidates polling 50 percent each. Imagine one of them wins every state by a single vote—50 total out of 130 million cast nationally. The electoral map would be a single, solid color, as if half the voters didn’t exist. An unscrupulous president might govern that way, but we know there are many Republicans in California and Democrats in Texas.

Consider how the varied maps below, each “accurate” in its own way, depict the 2016 election:

This state-by-state winner-take-all map accurately reflects Electoral College votes (including “faithless electors,” which could be a separate article) but appears to visually overstate support for a president whose overall Gallup approval rating has never topped 46 percent.

When county-level votes are shaded by winning percentage the overstatement is less stark.

Kenneth Field, mapmaker and author of Cartography, created the daysymetric dot density map above to display where 130 million voters cast ballots, instead of arbitrary geographical boundaries—in essence, “one dot, one vote.” Visit the website and try clicking on your location. Once you see voter data this way, the old precinct, district, county and state maps look like coloring books. We’re a nation of 327 million individuals, intermingling, coexisting and making different choices. We’re not a continent of red and blue no-go zones—yet.

Broad geographic support for a president is important. Winner-take-all rules distort political reality. They have created “battleground” states that dominate presidential elections and other areas that candidates ignore.

Four elections 1876, 1888, 2000, and 2016 have produced presidents who won the Electoral College but lost the popular vote. The two recent examples have clearly fueled the NPV movement.

We don’t want an electoral system that supports a tyranny of the majority. The Senate, our Constitution and Bill of Rights guard against that. Nor do we want a tyranny of the minority. Undemocratic, disproportional representation could lead to that. And we certainly cannot abide the tyranny of a president unconstrained by the other branches of government or the rule of law.

Our best bet for a government of the people, by the people and for the people, is ensuring “one person, one vote.” 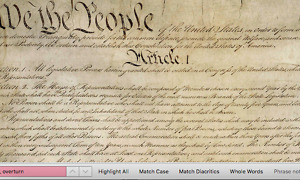 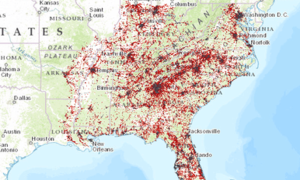