More than twenty-four hours after watching the new movie “Gravity” in IMAX 3-D, images from the film continue hurtling periodically through my mental machinery, and like the orbital debris that drives the plot, they keep puncturing and shredding whatever task I’m supposed to be doing.

My expectations going in were sky-high, based on laudatory reviews from sources I trust. I was unprepared for the masterful use of cacophonous sound and absolute silence to manipulate the viewing experience. As the opening scenes progressed I realized that this movie establishes a new standard for visual effects artistry in the same way that Stanley Kubrick’s “2001: A Space Odyssey” did in 1968. “Gravity” just looks different from what came before, and it seems safe to predict an outbreak of 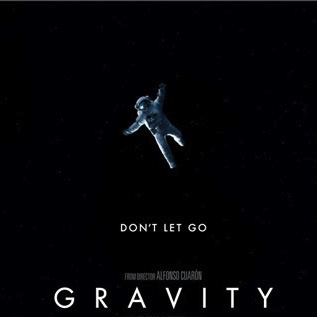 copycats seeking to capture the same lightning in their own bottles.

That’s a good thing. For years, moviemakers have routinely defied the laws of physics and logic in their zero-gravity scenes. Think Harrison Ford in “Star Wars” piloting the Millennium Falcon through rollover U-turns or Star Trek’s Enterprise screeching to a stop after warp speed. This film strives for more accuracy and succeeds overall. According to the IMDb website, director Alfonso Cuarón, cinematographer Emmanuel Lubezki and visual effects supervisor Tim Webber were so committed to their vision for the film that production languished for four years while awaiting the technological advances needed to fulfill it. They combined that new technology with innovative lighting and filming techniques to achieve extraordinary space scenes that are far superior to prior films.

Yes, they take some scientific liberties, and suspension of disbelief occasionally wears thin.

To start, while sci-fi normally is set in the future, the production delay resulted in a movie about a shuttle mission after the shuttle fleet has been retired. Everyone with a television remembers watching shuttles being flown piggyback aboard 747s, and then inching along crowd-lined streets to their final resting places. These memories juxtaposed with scenes of a shuttle in orbit create a temporal dissonance that fortunately subsides after the plotline moves beyond the shuttle.

Critics have lit up Twitter, as sampled in this USA Today story, to point out such problems as the impossible distance marooned astronauts would have to traverse between the Hubble Telescope and the International Space Station, which are in different orbits, and space debris orbiting in the wrong direction. As with most modern “action” movies, the main characters (and the machinery they need to survive) inexplicably escape shrapnel and devastation that destroys everything else around them. That’s dramatic license.

Chatter about the special effects has overwhelmed discussion of the acting. As in “2001,” the focus is on two astronauts. Dr. Ryan Stone (Sandra Bullock) is a medical engineer on her first shuttle mission. Matt Kowalsky (George Clooney) is a veteran astronaut on his last. However, their nemesis isn’t technology run amok, symbolized by the rebellious computer HAL, but the sheer inhospitable nature of outer space itself. Clooney is convincing, playing his own likeable self with astronaut training, but the movie belongs to Bullock. She conjures the full range of human emotions—wonderment, fear, resignation, regret, resilience, courage, joy, gratitude, and exhaustion. She has already won several awards. Expect more.

Beyond its cinematic importance, “Gravity” may produce unintentional societal benefits by awakening more people to the all-too-real threats posed by proliferating space debris.

As noted in the concluding chapter of GPS Declassified, which I co-wrote with Richard Easton, NASA estimates that low Earth orbit—below 1,250 miles (2,000 kilometers)—is littered with at least a half-million particles between one centimeter and ten centimeters in diameter that could damage satellites, the Hubble telescope, or the International Space Station in an impact. The loss of satellite-based communications depicted in the film should remind moviegoers that life today is exceedingly dependent on the healthy functioning of satellites, which are vulnerable to accidents or deliberate attack. There are precedents for both. In 2009, an inactive Russian government Cosmos satellite collided with an active U.S. commercial Iridium satellite, and in 2007, China used a ballistic missile to destroy an obsolete weather satellite. Both incidents added thousands of pieces of debris.

The Pentagon describes space as “increasingly congested, contested, and competitive” and is concerned about the security of our vital space infrastructure. Any nation that gains the capability to launch a satellite (including, North Korea and Iran) could potentially threaten existing satellites. Critics might want to keep that in mind while using their satellite-dependent smartphones to tweet complaints that Sandra Bullock’s hair lacks sufficient zero-G lift. The prospect of space warfare or even an accident that knocks out many satellites certainly make my hair stand on end. 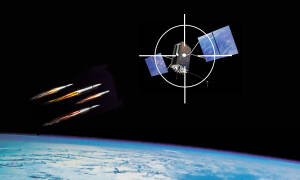 Got Paper Maps? Putin Could Attack Our GPS 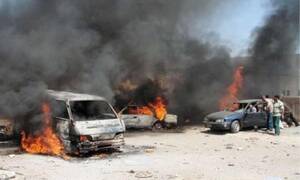