Who could predict that a rap-infused musical about the American Revolution, Hamilton, would rise up concurrently with the Brexit crisis? Watching the spectacle of the British trying to extricate themselves from the European Union has been, for me, a source of amusement, dismay and even indignation.

If watching the House of Commons conduct business doesn’t bring a chuckle, you may have lost your sense of humor. Their finely-honed sarcasm and droll insults layered over sclerotic parliamentary protocol, conducted rapid-fire in real-time, make our politicos’ dueling tweets and Capitol hallway media scrums look pedestrian.

A pompous example occurred last year, when Prime Minister Theresa May rose to speak—about three seconds too early. It seems the royal mace was not in place. “Oops,” she muttered and sat. Uproarious laughter ensued.

The Sergeant at Arms then moved the five-foot, silver-gilt staff from its royal resting place beneath the table that separates the opposing parties to its royal cradle above. A distance of about one foot. Order restored.

Not only does the opposition routinely dis May, what could be more dis-May-ing than a no-confidence vote? May survived one December 12, but the British pound’s subsequent drop, registered distinct lack of confidence from financial markets.

It is dismaying to watch elected representatives on both sides of the Atlantic flail about, unable to satisfy ungovernable electorates. Poor leadership is much to blame, but poor citizenship is a huge problem. Too many know too little about the issues and allow special interests (and Russian trolls) to deceive, divide and demoralize them. Zealous supporters of minority viewpoints win elections when true majorities don’t turn out.

That may be how the Brits got Brexit—51.9 percent voted “leave,” but 28 percent of registered voters failed to cast ballots. Still, 72 percent turnout puts U.S. elections to shame.

Our 2018 midterm election just posted the highest turnout in 50 years—a whopping 47 percent of eligible voters. But hey, that’s up from 36.7 percent four years ago.

Weak voter participation is how we get razor-thin Congressional results followed by no action on policies that poll favorably among large majorities. For example, 85 percent of respondents (79 percent of Republicans and 91 percent of Democrats) favor background checks for private sales and gun shows. Don’t hold your breath.

While voter remorse drove a historic shift in our House, Brexit regret has many Brits hoping for a do-over. A recent poll found 53 percent favor of a second Brexit referendum. But with May’s negotiated plan wedged between the “hard Brexiteers” and “remoaners,” public opinion is in flux. Support for a new vote among elected leaders is in doubt.

You could see things getting twitchy in the House of Commons two days before May’s no-confidence vote. A young member of Parliament strode to the lectern and did the unthinkable. He grabbed the mace and tried to walk out. Bad boy! In perhaps the shortest rebellion ever, he surrendered the mace to a white-haired MP who restored it, and presumably the U.K., to their rightful places in the universe.

The mace incident grabbed headlines that day, and a quote I read in one article caused me to bark at my tablet, like an old man shouting at the TV. (I do that, too, occasionally.) Here is what a British academic said about the mace:

“In democracies you have these symbolic pieces of theater, pieces of history,” said Tony Travers, a professor of government at the London School of Economics. “It’s a physical manifestation of the authority of the crown, the crown being the head of state.”

Mr. Travers compared it to the Constitution in the United States: a symbolic, historical object that legitimizes the government. Without a written constitution, he said, Britain has other objects, like the mace: “a long metal piece of ceremonial jewelry.”

With due respect, Mr. Travers, don’t compare our Constitution, which begins with the words, “We the People,” to a piece of ceremonial jewelry representing the “physical manifestation of the authority of the crown.” 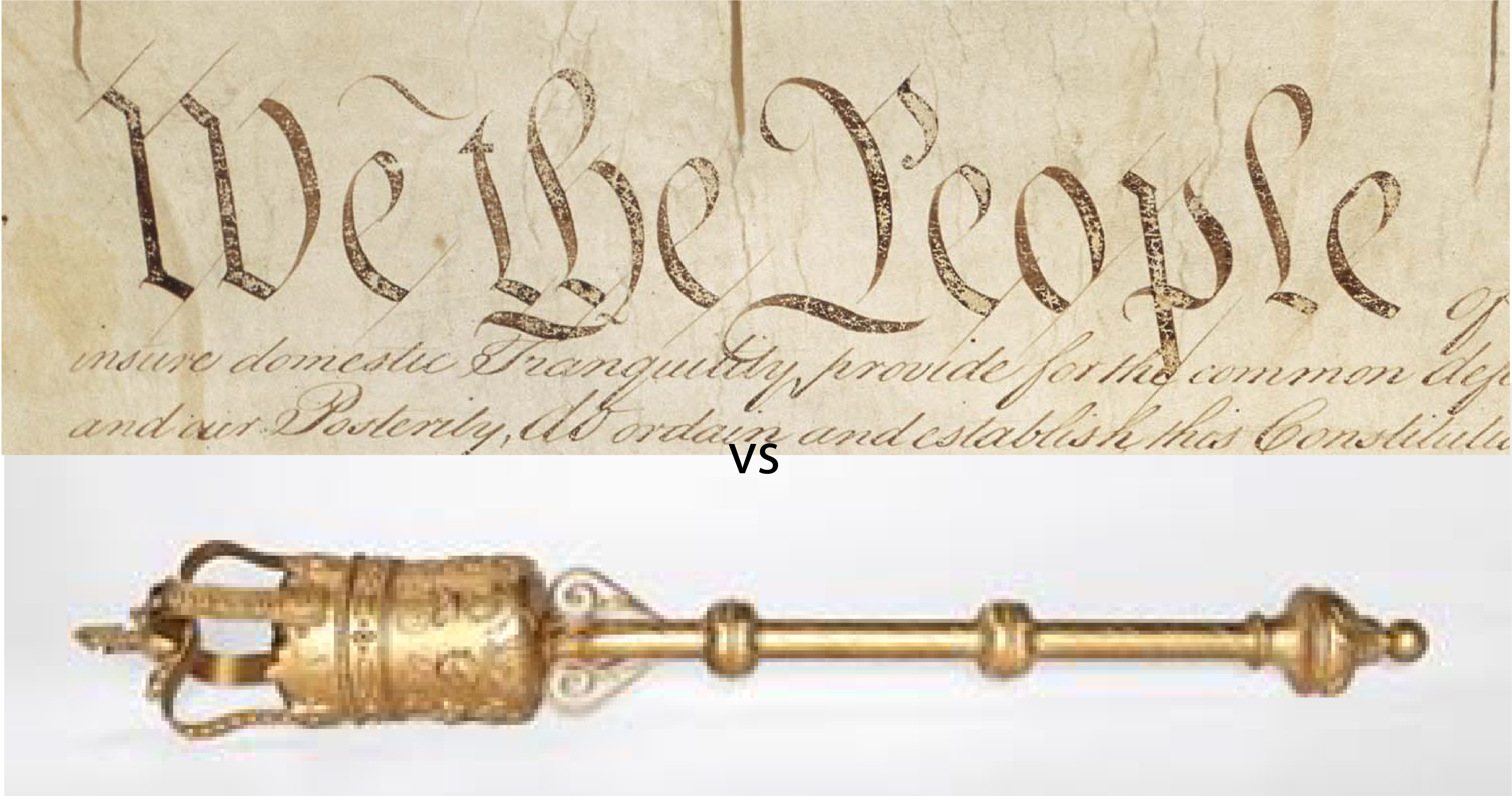 Our Constitution is the operating system for a nation that expressly rejected the authority of the crown. Far more than a symbol or object, it is a living document that we continually affirm and periodically update.

Somehow, without a written constitution, the U.K. finds itself in a constitutional crisis. It must rely on traditions, like the mace, and a monarchy that from here looks like a living history museum.

The United States is often said to be near a constitutional crisis. After two years of executive attacks on our norms, institutions, and the rule of law, we can thankful for our Constitution and offer this advice:

If you want to remember something, write it down!