George Washington’s Feb. 22 birthday receives somewhat less attention since the creation of the generic Presidents Day, but he continues to inspire new books from historians and biographers.

According to the most widely recognized book industry database, R.R. Bowker’s Books In Print, 750 books about Washington have been published or announced for publication. Of those, 515 are still in print, says Andrew Grabois, Bowker’s senior director for public relations and content development. The figures include books written for the juvenile market.

That ranks Washington second behind Abraham Lincoln with 1,098 books published and 730 still in print. Thomas Jefferson places third with 716 titles, of which 466 are still in print.

Since last November, at least four books about Washington have been published for adult readers. Given such a well-worn subject, every author who decides to tackle Washington’s life faces the challenge of justifying more shelf space and asking more time of readers. Of the four books presented here, three authors aimed their quills at specific facets of Washington’s life to differentiate their books from the mass of others. The co-authors of the other book took on the whole man to produce a “distillation of character and career.”

By and large, with considerable disparities in their scholarship and readability, each of the authors achieved what they set out to accomplish.

“George Washington” is the 24th in a series of presidential biographies edited by political historian Arthur Schlesinger Jr. for Times Books. For whatever reason the first president has not appeared until now, this book should not be regarded as a mere place holder in a series. While the authors, James MacGregor Burns and Susan Dunn, have not uncovered anything earthshaking to change the public perception of Washington, they have produced one of the more readable and informative general biographies available on him.

At 185 pages, the book is the leanest of the four reviewed here, and it is the shortest path to a comprehensive understanding of the man. By contrast, Henry Wiencek’s “An Imperfect God” is more than twice as long. It is also thoroughly researched, well-written and breaks some new ground – but readers should plan to invest much more time with it.

Burns and Dunn achieve their mission largely through their grasp of the background sources and nimble writing style. The text includes all the facts needed to support their conclusions but reads like a well-told story. Burns has won a National Book Award and a Pulitzer Prize. Dunn, his partner and colleague at Williams College in Williamstown, Mass., collaborated with him previously on “The Three Roosevelts.”

The authors offer a clear-eyed appraisal of a legend who achieved godlike status in his own time. To uncover the “multidimensional man behind the myth,” the authors reveal him as fiercely ambitious in private and obsessed with his image and rank. Yet in public, he presented himself as reluctant and self-effacing.

“The president-elect had perfected a brilliantly effective formula,” they write. “By professing his distaste for high office, by reminding people of his yearning for retirement, and by admitting his uncertainty as to his abilities, he had learned to hedge all bets and come out ahead.”

Because the Continental Congress vacillated on what form of executive branch to establish and failed to give “definition and meaning” to the office, Washington’s ultimate achievement, they conclude, was his shaping of the presidency and the consolidation of executive power. His model has endured for each man who followed him.

Wiencek explores Washington’s flaws by focusing on the president’s slave ownership. His investigative work using oral history sources is impressive and is included in the text in great detail. The author shifts periodically into the first-person voice, allowing readers to join him in his research. Some will find this technique engaging; others may find it distracting or confusing.

He begins his book in 1799, near the end of Washington’s life, with a premonitory dream that caused the president to rewrite his last will just months before his death. In the document, Washington freed his 123 slaves and even provided for them to be educated. He would be the only Founding Father to do so.

The author traces Washington’s evolving statements and actions, both public and private, to conclude that our first president was “a man of his time and ahead of his time.”

Washington inherited slaves from his father and became master of even more with his marriage to wealthy widow Martha Custis. At Mount Vernon, Martha’s half sister, Ann Dandridge, lived “in a kind of twilight.” She was the daughter of Martha’s father and a slave, and Dandridge remained a slave until after Martha’s death.

Wiencek is eloquent in his analysis of the complex social structure of the day: “The evolution of slavery from a simple labor system into a complex, multigenerational nexus of sexual entanglements, property rights, secret family ties, and inheritance customs had thrown their tight little world out of joint.”

The author won a National Book Critics Circle Award in 1999 for “The Hairstons: An American Family in Black and White,” which also dealt with the legacy of mixed-race descendants of slave owners. He spent weeks researching family genealogies at Cooleemee Plantation, just across the Yadkin River in Davie County. He has done the same at Mount Vernon.

By the end of Washington’s life, the president feared the failure of the founders to address slavery in the Constitution could lead precisely to the national crisis that later occurred.

“I can clearly foresee that nothing but the rooting out of slavery can perpetuate the existence of our union,” Wiencek quotes him as saying.

Following the highly publicized DNA evidence linking Thomas Jefferson or one of his relatives to the descendants of his slave, Sally Hemmings, the author also examined, at length, claims by descendants of a slave named West Ford that Washington was his father. Wiencek scours the records to establish that Washington could have been the father, but concludes he probably was not.

Such an indiscretion would have been out of character, and Washington is suspected of being sterile, having fathered no children by Martha, who had already borne four.

Whatever the truth of the matter, Wiencek sees in Washington a reflection of the country he led:

“To consider Washington in connection with slavery challenges the myth of Washington as the perfect secular god,” Wiencek writes. “Toward the end of his life he grappled with the problem of slavery. His wrenching private conflict over race and slavery was a microcosm of the national struggle – one that is not over yet.”

At the other end of the spectrum, Janice T. Connell offers nothing but adoration for Washington in “Faith of Our Founding Father: The Spiritual Journey of George Washington.”

Connell’s work is footnoted with numerous sources, but her approach to her subject is so uncritical, her praise so florid and her conclusions so loosely drawn that her credibility is diminished.

In her introduction, she breezily writes, “During his lifetime, Washington’s faith in the goodness of Divine Providence and the sibling relationship of all the earth’s people ignited a fire that warmed the hearts of Native Americans, colonists and Europeans, rapidly spreading to the entire world.”

Such statements are in sharp contrast with Washington’s own words, as quoted by Burns and Dunn: “Blacks are capable of much labour,” he once wrote, “but having … no ambition to establish a good name, they are too regardless of a bad one.”

For readers looking for documentation that Washington was a devout Christian, Connell includes various entries from his diary and the text of a 24-page prayer journal, titled “Daily Sacrifice,” that was written in his handwriting. It is unknown whether he authored them or merely copied them as he did the “The Rules of Civility & Decent Behaviour in Company and Conversation,” a 110-point guide to manners for gentlemen. Most readers, however, already acknowledge Washington’s personal faith. Those looking for something else of the man will find little here.

Connell’s goal appears to be proving Washington was a modern prophet, complete with revelatory insight for our time. She speculates that a vision some claim Washington had during his winter at Valley Forge was a visit by the Virgin Mary. Connell is the author of eight previous books about angels and Mary.

The vision itself is apocryphal, having been first published in 1880 as a recollection told in 1859 by a 90-year-old, who said he was the only witness to Washington’s account of it. An angel supposedly warned Washington of three great conflicts in America’s future that would test the “Union.” That term is not one that would have likely been used by Washington during the Revolutionary War. The timing of the recollection, just before the Civil War, and the use of “Union” suggest the tale was made up or at least embellished for that moment.

Like much of the book, the facts cannot be proved and must be taken simply on faith.

Weintraub’s slender volume was obviously written, packaged and released to take advantage of Christmas book sales. Many authors, including popular fiction writers, have taken that marketing angle, and Weintraub himself was successful with a previous history book, “Silent Night,” a book about the World War I Christmas truce of 1914.

The downside to that strategy is that readers often neglect those titles during the remainder of the year. That would be a shame because Weintraub has a knack for digging up and retelling small localized events that make well-known historical facts more compelling.

For example, when the departing British forces returned possession of New York’s Fort George to Washington’s army, they left a surprise at the flag pole:

“On closer inspection it became obvious that no Stars and Stripes could be raised,” he writes. “When the British had lowered the Union Jack for the last time, they had meanly cut the halyards. With no hoist to employ, lifting a flag to the top required shinnying up the shaft – yet as further parting devilry, sly redcoats had greased the pole.”

Weintraub’s book is at its best in these small nuggets. While it is carefully researched – the author is a professor at Penn State University – it seems to move at the actual pace Washington’s men marched from New York City to Mount Vernon. For the unhurried reader, however, there are many details to enjoy.

Taken together, these four books demonstrate the multifaceted legacy of George Washington and the enduring importance of and interest in his presidency. Whether readers desire a myth upon which to project their ideals or a flawed human with noble qualities, authors continue to find both in our Founding Father. 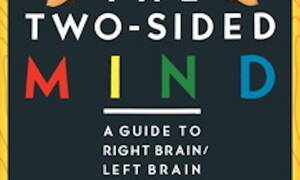