Since politicians have made bathrooms a trending topic, I have a confession: I’ve been urinating in public all my life. Or at least it feels that way.

For those of us with penises (and birth certificates to prove it), exposing our genitals in front of strangers is practically unavoidable when we use public bathrooms designated for men.

Private stalls, with commodes like we use at home, are often all occupied and usually outnumbered by wall urinals, sometimes exceedingly so. As boys grow up, we learn an unspoken creed: “Be a man; take a stand.” Those stalls are for other business.

Like the two-legged alpha dogs we are, we aim (more or less) to leave our mark on society. This urge was never better expressed than on the classic album cover for Who’s Next, which VH1 named the second-greatest cover of all time. 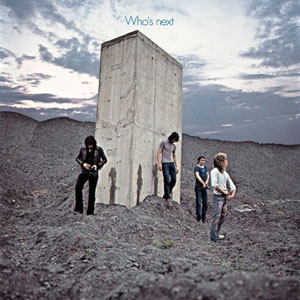 I love the way the 1971 photo alluded to the monolith in Stanley Kubrick’s 1968 film, 2001: A Space Odyssey, and replaced apes with humans doing the activity we do most often throughout our lives. Our bodies, scientists tell us, are about 60 percent water, after all.

For readers without penises, who have never snuck into a men’s bathroom, wall urinals take a surprisingly diverse number of forms. Most are white porcelain variants of the floor commode, placed on the wall at varying heights. Some are full-length models (not mirrored, thankfully) that make an L-shaped turn into a floor drain. Many these days have a little sensor eye that unashamedly watches for you to leave and flushes automatically. Increasingly, new “eco-friendly” urinals are appearing that use zero water and smell awful. Seems like trading water conservation for air pollution to me.

Wide variations also characterize the privacy panels between wall urinals. Some are like stepping into a hotel phone booth (for youngsters, click the link to see one of these disappearing relics). Other times, the panels shrink to a few inches or disappear altogether.

Stadiums often dispense with privacy and individual urinals. At the Dean Dome in Chapel Hill, the men’s restrooms have three or four stalls. Meanwhile, men stand shoulder to shoulder emptying themselves into a 30-foot-long aluminum trough with continuously flowing water. In most places where crowds gather, women are forced to stand in line waiting to pee. Men are forced to stand in line while peeing. I always opt for relief over privacy. Male privilege, I suppose.

Not surprisingly, bathrooms are designed mostly by male architects, a profession dominated by men. Women comprise only 16 percent of the American Institute of Architects membership.

Over the years, I’ve looked up a few times to see a mother enter the men’s room with a boy in tow. She’d apologize and avert her gaze as she steers the tike into a stall. This can be disconcerting, but I figure she’s seen a penis before. Women doing this is rare, I think, because they prefer to take boys with them into the women’s bathroom.

As a father, I never dared take my daughter to a men’s room, where public urination rules. I’d hand her off to a safe-looking female stranger. A father escorting his daughter into a women’s bathroom would find no women peeing in the open, since wall urinals and public peeing don’t exist there. For this reason, unless they peek under a stall, they won’t see anyone “dressed as a woman” using the bathroom, with or without a penis.

North Carolina’s elected officials, in a hurried act of election-year pledgislation aimed at energizing conservative religious constituents, have made parents escorting their opposite-sex children to the bathroom illegal, along with a host of other highly problematic, discriminatory provisions that have received less attention than the transgender bathroom war.

The few times I have felt uncomfortable around strangers in public bathrooms involved biological men dressed as men. They were transgressors of personal privacy, not transgender people. It was their behavior, not their dress or orientation that crossed a line.

In our travels to Italy and France, my wife and I found that public bathrooms there most often have public areas with sinks and mirrors shared by everyone and individual fully enclosed, locking stalls for private needs.

The growing number of gender-neutral bathrooms in this country is a step in the direction that Europe has already moved. Architectural changes could help ease this issue, whereas the current juvenile, arrested-development political debate only serves to piss off people on both sides. 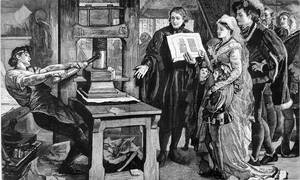 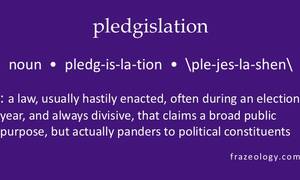